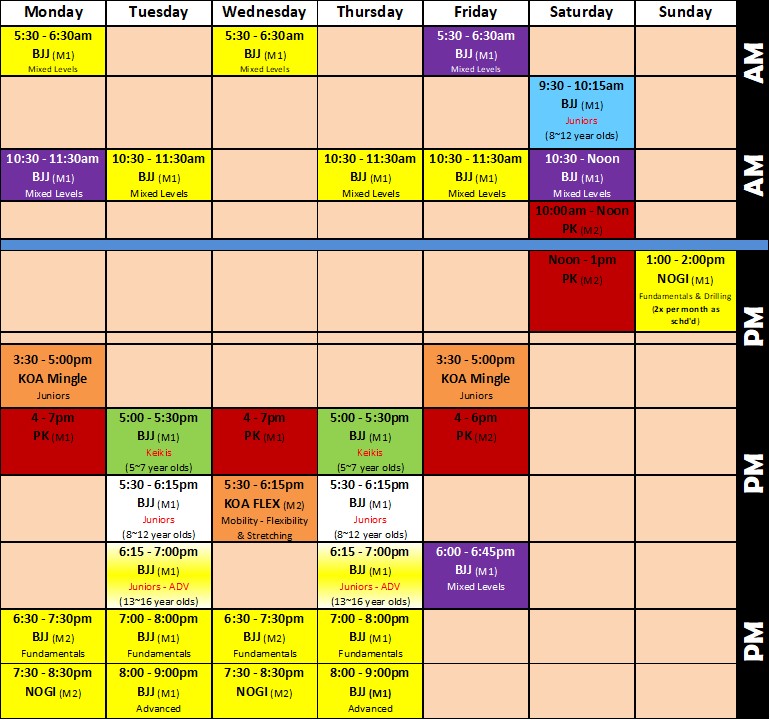 Brazilian Jiu Jitsu (BJJ):
Brazilian Jiu Jitsu is also known as “BJJ” or Gracie Jiu Jitsu after the famous Gracie family that revolutionized and popularized the art. It is primarily a ground fighting martial art, or grappling art, similar to wrestling. There is a heavy emphasis on developing a positional strategy that consistently leads to an advantageous position. Proper position then allows the proficient practitioner to submit an opponent using either a joint lock or a choke. BJJ is a great physical fitness activity and a practical form of effective self-defense for children and adults alike. 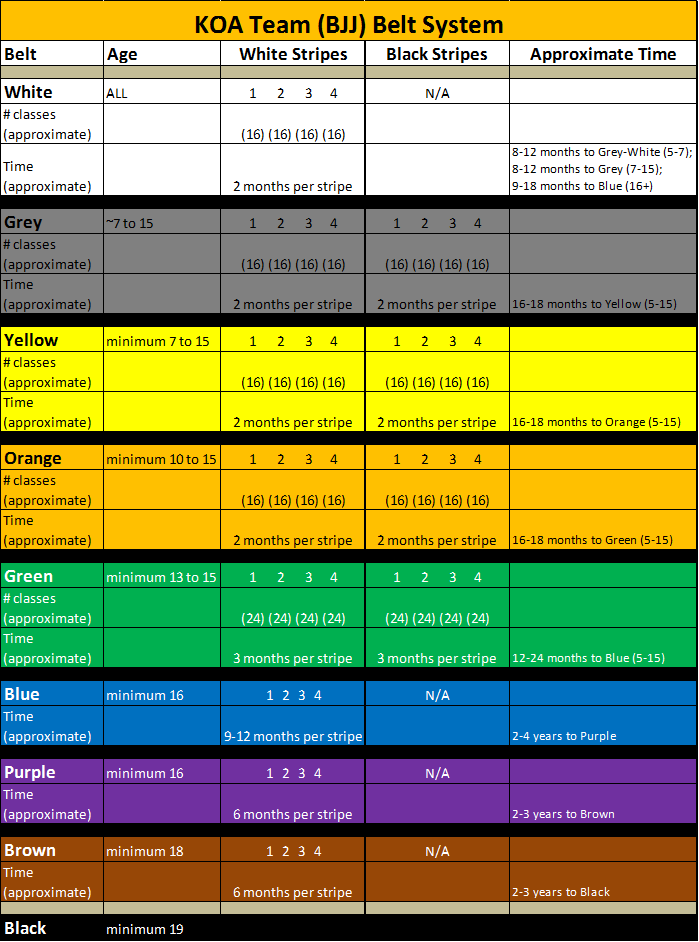 __________
Muay Thai (Kickboxing):
Muay Thai is a combat sport of Thailand that uses stand-up striking and various clinching techniques. This physical and mental discipline is known as "the art of eight limbs" because it is characterized by the combined use of fists, elbows, knees, and shins. Muay Thai is known for developing great physical fitness among its practioners.Once practiced only in Thailand, Muay Thai has become very well known for its supreme combat effectiveness among martial artists around the world since the birth of the UFC/professional MMA in 1993.

At KOA Team, Muay Thai students work through 3 levels: beginner (grey), intermediate (blue), & advanced (black). There are 3 "tabs" earned within each level in order to graduate to the next level.
__________
Muay Thai kickboxing with KRU Miguel and KRU Carlos.
Code of Conduct & Academy Rules: 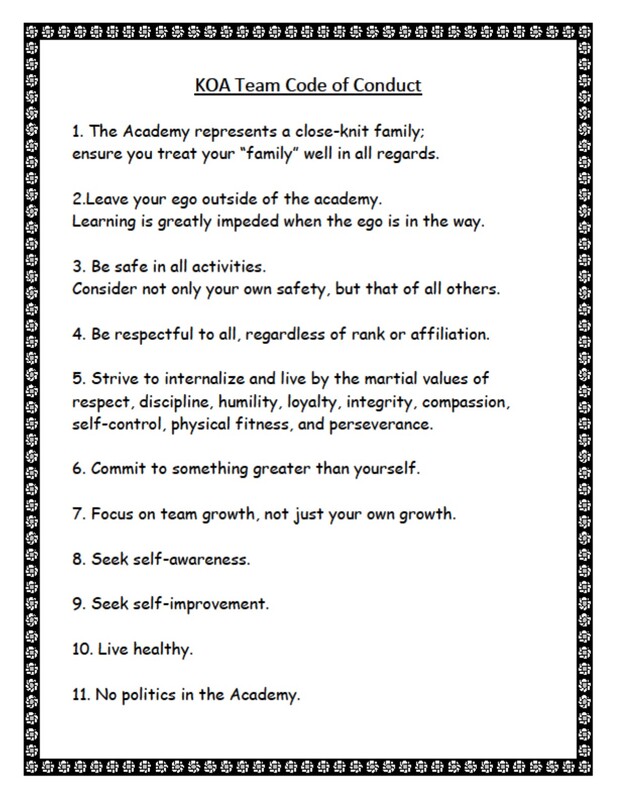 Hompage - Back to Navigation